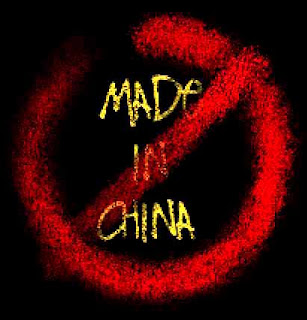 Turns out, rising China is the real "Amerikkka," as the Black Panthers and the Weathermen used to refer in writing to the United States: an arrogant, imperialist power, polluting and plundering the planet while seeking global military dominance.

Increasingly, ordinary Americans appreciate this, understand the threat. But the nation's so-called leaders and greedy, globalizing business, financial and media company elites are determined to continue the steady hollowing out of the US economy and the financing and promotion of the country's adversary. The elites--including the appeasement-prone, dumbbell diplomats at the US State Department--are selling out the country, plain and simple.

It will probably take a major crisis--a mass poisoning of Americans by deadly Chinese products or the launching of an orbiting Chinese nuclear-tipped missile or laser cannon--to persuade the elites to change course. Even then, who knows? The process of submitting to China may be too late to reverse. Rather, the best hope for the US and the rest of the world is an internal crisis--the cracking from within of the Chinese empire (which is actually ruled by the military and not the corrupt Communist Party).
Posted by Confidential Reporter at 7:44 AM