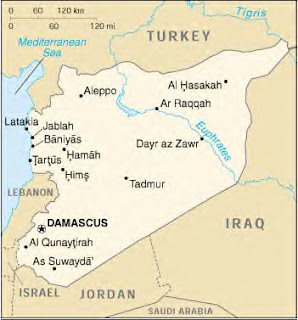 If and when Syria attacks Israel, the Arab nation's arsenal could include Iraqi weapons of mass destruction.

There is increasing evidence that Saddam had the weapons, after all, but successfully transferred the arms to Syria before and during the American invasion.

And the Bush administration, according to an ex-Pentagon special investigator, is too embarrassed to admit what happened ... while the Democrats have no reason or incentive to confirm the administration's original justification for the war.

A handful of newspapers and a network of conservative bloggers--including the intrepid Pamela Geller of Atlas Shrugs--have kept the story alive.
Posted by Confidential Reporter at 1:34 PM