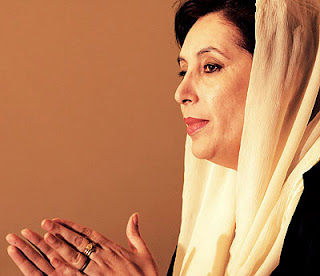 As if to highlight China's close ties to Pakistan, on the same day that Pakistan's former Prime Ministter, Benazir Bhutto, was assassinated, Xinhua reported that the two countries deepened their business relationship.

The Pak-China Investment Company, the first joint venture between Pakistan and China in financial sector, was launched Thursday in eastern Pakistan's Lahore city.

The 50/50 joint venture will perform investment banking business on commercial basis in the financial, infrastructure, services, mining, industrial manufacturing and non-manufacturing sectors in Pakistan with registered capital of $200 million.

“We also extend condolences to the families of Bhutto and other victims,” Qin said.

China is one of Pakistan’s closest allies. It maintained strong relations with Bhutto when she was in power, and has continued its close ties with the government of current President Pervez Musharraf.

So much for official announcements. China could consider more meaningful action--specifically, using the awful event as an opportunity to reflect on China's dangerous and disturbing alliance with radical Islam, including Islamist Iran. After 9/11, the murder provides yet more proof that the clerical fascist creed is a menace that can't be appeased or accommodated--or cynically exploited--and instead must be defeated.

Reacting to the assassination, the Hindustan Times published a powerful editorial, an excerpt of which follows.

Make no mistake. Pakistan has plunged into one of its gravest crises ever. The aftermath of Benazir's assassination in Rawalpindi is about survival of the state, not point-scoring.

There is an organic link between the bomb blasts that have become a part of daily life in Rawalpindi, Karachi, Kabul or Kandahar.

Al Qaeda, the Taliban, Jaish-e-Muhammad, Lashkar-e-Tayyeba are all one. Their faces differ, but they act as one.

Ask President Pervez Musharraf. He narrowly escaped the jihadis, many of them from within the Pakistani Air Force, who twice attacked his convoy in December 2003. He survived by the skin of his teeth. Benazir didn't.

Musharraf was the army chief, Benazir wasn't. She was the leader of a political party that had been out of power since 1997 and was making a desperate bid to ensure that the Pakistan People's Party would once again rule from Islamabad.

All the signs of her killing were there. On October 19, 139 people were killed in Karachi as a victory procession went through the streets of Sindh's capital to welcome Benazir.

But she continued to campaign, showing political courage where a lesser leader would have chosen to stay indoors.

Far from turning Pakistan away from the politics of Islamist extremism, General Musharraf's policies of "enlightened moderation", a case of one step forward two steps back, have firmly entrenched the jihadis in the country's politics.

Yes, Musharraf arrested many Al Qaeda men at the behest of the US after 9/11. But his men didn't have their hearts in the job. They didn't believe in it.

Today is not the day to play the blame game. Pakistan's establishment knows what it did in the past: whom it enticed into planting bombs and hurling rhetoric. The cancer of extremism is now in its malignant phase.

No Jimmy Carter, no George W. Bush can bail Pakistan out of this one. It's not about money or handouts. It's a battle for the country itself, of the safety and security of the ordinary people of Pakistan, their near and dear ones and, yes, of the rich and famous: the politicians and the generals.

Benazir was more dangerous to the jihadis than Musharraf. She was a political leader who could fight the battle of ideas, who could tell people why the jihadis were not their friends. That's why she had to be killed.

Posted by Confidential Reporter at 4:40 PM