No Shangri-La: Life in Old Tibet

EDITOR'S NOTE: Tibet has entered the popular imagination as a kind of paradise, where peaceful Buddhist teachings prevailed prior to Chinese intervention in local affairs. Nothing could be farther from the truth. Old Tibet was a feudal nightmare that made medieval Europe look humane and progressive by comparison, as the following essay and shocking photographs--including the photo below of a monk's cup made from a human skull--make sickeningly clear. The Dalai Lama, who, though a teenager, was TIbet's absolute ruler when Chinese troops liberated the land, has barely acknowledged--and never apologized--for the atrocities and oppression. 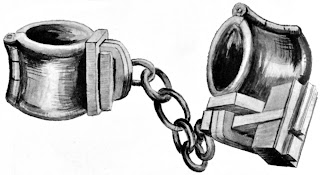 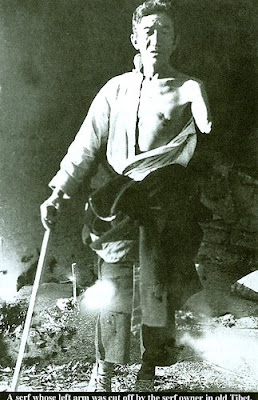 Before the Democratic Reform of 1959 Tibet had long been a society of feudal serfdom under the despotic religion-political rule of lamas and nobles, a society which was darker and more cruel than the European serfdom of the Middle Ages.

Tibet's serf-owners were principally the three major estate-holders: local administrative officials, nobles and upper-ranking lamas in monasteries. Although they accounted for less than 5 percent of Tibet's population, they owned all of Tibet's farmland, pastures, forests, mountains and rivers as well as most livestock.

Statistics released in the early years of the Qing Dynasty in the 17th century indicate that Tibet then had more than 3 million ke of farmland (15 ke equal to 1 hectare), of which 30.9 percent was owned by officials, 29.6 percent by nobles, and 39.5 percent by monasteries and upper-ranking lamas.

Before the 1959 Democratic Reform, Tibet had 197 hereditary noble families and 25 big noble families, with the biggest numbering seven to eight, each holding dozens of manors and tens of thousand of ke of land.

Serfs made up 90 percent of old Tibet's population. They were called tralpa in Tibetan (namely people who tilled plots of land assigned to them and had to provide corvee labor for the serf-owners) and duiqoin (small households with chimneys emitting smoke). They had no land or personal freedom, and the survival of each of them depended on an estate-holder's manor. In addition, nangzan who comprised 5 percent of the population were hereditary household slaves, deprived of any means of production and personal freedom. 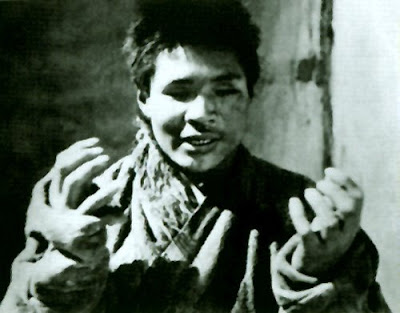 Serf-owners literally possessed the living bodies of their serfs. Since serfs were at their disposal as their private property, they could trade and transfer them, present them as gifts, make them mortgages for a debt and exchange them. According to historical records, in 1943 the aristocrat Chengmoim Norbu Wanggyai sold 100 serfs to a monk official at Garzhol Kamsa, in Zhigoin area, at the cost of 60 liang of Tibetan silver (about four silver dollars) per serf. He also sent 400 serfs to the Gundelin Monastery as mortgage for a debt of 3,000 pin Tibetan silver (about 10,000 silver dollars). Serf-owners had a firm grip on the birth, death and marriage of serfs.

Male and female serfs not belonging to the same owner had to pay "redemption fees" before they could marry. In some cases, an exchange was made with a man swapped for man and a woman for woman. In other cases, after a couple wedded, the ownership of both husband and wife remained unchanged, but their sons would belong to the husband's owner and their daughters to the wife's owner. Children of serfs were registered the moment they were born, setting their life-long fate as serfs.

Serf-owners ruthlessly exploited serfs through corvee and usury. The corvee tax system of old Tibet was very cruel. Permanent corvee tax was registered and there were also temporary additional corvee taxes. Incomplete statistics indicate the existence of more than 200 categories of corvee taxes levied by the Gaxag (Tibetan local government). The corvee assigned by Gaxag and manorial lords accounted for over 50 percent of the labor of serf households, and could go as high as 70-80 percent.

According to a survey conducted before the Democratic Reform, the Darongqang Manor owned by Regent Dagzhag of the 14th Dalai Lama had a total of 1,445 ke of land, and 81 able-bodied and semi-able-bodied serfs. They were assigned a total of 21,260 corvee days for the whole year, the equivalent of an entire year's labor by 67.3 people. In effect, 83 percent of the serfs had to do corvee for one full year.

The serfs engaged in hard labor year in and year out and yet had no guaranteed food or clothing. Often they had to rely on money borrowed at usury to keep body and soul together. The annual interest rate for usurious loans was very high, while that for money borrowed from monasteries was 30 percent, and for grain 20 or 25 percent. Monetary loans from nobles exacted a 20 percent interest, while that for grain amounted to 20 or 25 percent.

Gaxag had several money-lending institutions, and the Dalai Lama of various generations had two organizations specialized in lending money. Incomplete records in the account books of the two cash-lending bodies of the Dalai Lama in 1950 show that they had lent out about 3.0385 million liang of Tibetan silver in usurious loans.

Snowballing interest of usurious loans created debts which could never be repaid by even succeeding generations and debts involving a guarantor resulted in the bankruptcy of both the debtor and the guarantor. The grandfather of a serf named Cering Goinbo of Maizhokunggar County once borrowed 50 ke of grain (1 ke equal to 14 kg) from the Sera Monastery. In 77 years the three generations had paid more than 3,000 ke of grain for the interest but the serf-owner still claimed that Cering Goinbo owed him 100,000 ke of grain. There was another serf named Dainzin in Donggar County who in 1941 borrowed one ke of qingke barley from his master. In 1951 when he was asked to repay 600 ke, he was forced to flee, his wife was driven to death and his seven-year-old son was taken away to repay the debt by labor. 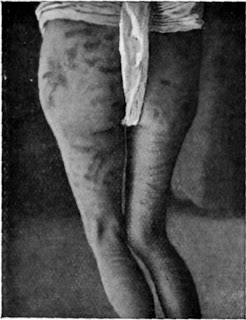 In order to safeguard the interests of serf-owners, Tibetan local rulers formulated a series of laws. The 13-Article Code and 16-Article Code, which were enforced for several hundred years in old Tibet, divided people into three classes and nine ranks. They clearly stipulated that people were unequal in legal status.

The codes stipulated, "It is forbidden to quarrel with a worthy, sage, noble and descendant of the ruler"; "persons of the lower rank who attack those of the upper rank, and a junior official who quarrels with a senior official commit a serious crime and so should be detained"; "anyone who resists a master's control should be arrested"; "a commoner who offends an official should be arrested"; "anyone who voices grievances at the palace, behaving disgracefully, should be arrested and whipped." The standards for measuring punishment and the methods for dealing with people of different classes and ranks who violated the same criminal law were quite different. In the law concerning the penalty for murder, it was written, "As people are divided into different classes and ranks, the value of a life correspondingly differs."

The lives of people of the highest rank of the upper class, such as a prince or leading Living Buddha, are calculated in gold to the same weight as the dead body. The lives of people of the lowest rank of the lower class, such as women, butchers, hunters and craftsmen, are worth a straw rope. In the law concerning compensation for injury, it was stipulated that a servant who injures his master should have his hands or feet chopped off; a master who injures a servant is only responsible for the medical treatment for the wound, with no other compensation required. 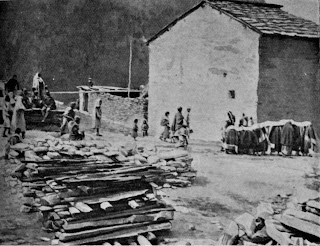 Making use of written or common law, the serf-owners set up penitentiaries or private jails. Local governments had law courts and prisons, as had large monasteries. Estate-holders could build private prisons on their own manor ground. Punishments were extremely savage and cruel, and included gouging out the eyes; cutting off ears, hands and feet; pulling out tendons; and throwing people into water. In the Gandan Monastery, one of the largest in Tibet, there were many handcuffs, fetters, clubs and other cruel instruments of torture used for gouging out eyes and ripping out tendons. Many materials and photos showing limbs of serfs mutilated by serf-owners in those years are kept in the hall housing the Tibetan Social and Historical Relics Exhibition in the Beijing Cultural Palace of Nationalities.

Under the centuries-long feudal serfdom, the Tibetan serfs were politically oppressed, economically exploited and frequently persecuted. A saying circulated among serfs, "All a serf can carry away is his own shadow, and all he can leave behind is his footprints." Old Tibet can be said to have been one of the world's regions witnessing the most serious violations of human rights.

Despite the cruel rule of the feudal serfdom, Tibetan laboring people never ceased their resistance struggles. They strove for their personal rights by making petitions, fleeing, resisting rent and corvee and even waging armed struggle. However, they were subjected to ruthless suppression by the three big estate-holders. The law of old Tibet stated, "All civilians who rebel all commit felonies." In such incidences not only the rebel himself would be killed, but his family property would be confiscated and his wife be made a slave. The 5th Dalai Lama once issued the order, "Commoners of Lhari Ziba listen to my order: .... I have authorized Lhari Ziba to chop off your hands and feet, gouge out your eyes, and beat and kill you if you again attempt to look for freedom and comfort." This order was reiterated on many occasions by his successors in power.