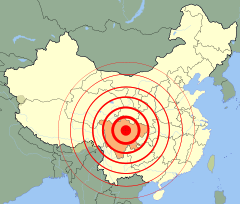 Chinese authorities intimidated and unlawfully detained parents and relatives of children who died in the devastating Sichuan earthquake, and harassed activists and lawyers who tried to assist them, according to a new Amnesty International report released on the first anniversary of the disaster. The quake, which measured 8.0 and 7.9 on the Richter magnitude scale, killed at least 69,000 people just three months before the start of the Beijing Summer Olympic Games.

The Amnesty International report, "Justice Denied: Harassment of Sichuan Earthquake Survivors and Activists," documents instances where some parents and relatives were detained for up to 21 days for trying to seek answers from officials about why their children died. Some people have been detained repeatedly; the youngest detainee was only eight years old.

“By unlawfully locking up parents of children who died, the government is creating more misery for people who have said in some cases they lost everything in the Sichuan earthquake,” said Roseann Rife, Amnesty International Asia-Pacific deputy program director. “The government of China must cease harassing earthquake survivors who are seeking answers and trying to pick up the pieces of their shattered lives.”

The Amnesty International report found that in some cases the authorities had prevented parents and relatives from complaining to higher officials about the quality of the buildings that collapsed in the earthquake and many were subjected to arbitrary detention or unlawful surveillance to prevent them from pursuing legal remedies. 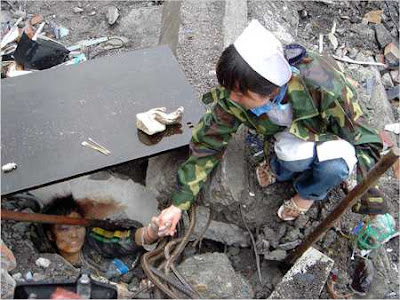 The Amnesty International report includes interviews with parents whose children died during the earthquake; lawyers and legal experts; and scholars and rights activists, as well as English translations of circulars issued by the Sichuan Higher People’s Court instructing lower courts not to accept earthquake-related cases which are deemed sensitive.


Some activists who offered assistance and representatives of parents are facing politically-motivated trials for vaguely defined state security and public order maintenance crimes.

The authorities have also denied grieving parents access to courts to determine who should bear the responsibly for the collapse of the schools and the deaths of their children. In a directive issued by the provincial court in Sichuan province, all lower courts are banned from accepting cases deemed sensitive, including disputes over compensation for personal injuries or damages to property caused by the collapse of buildings, and disputes over compensation by insurance companies until further instructions are given by relevant departments.

“The human toll of the Sichuan earthquake was incalculable, but authorities need to do everything in their power to protect the rights of the survivors and stop the unlawful detentions as well as allow lawyers and civil society to pursue their important functions of accountability,” Rife said.

Amnesty International is calling on the Chinese authorities to take immediate action to ensure the justice system works for parents and survivors by allowing them unhindered access to independent and impartial tribunals and lawyers and activists who have offered assistance.

Amnesty International is a Nobel Peace Prize-winning grassroots activist organization with more than 2.2 million supporters, activists and volunteers in more than 150 countries campaigning for human rights worldwide. The organization investigates and exposes abuses, educates and mobilizes the public, and works to protect people wherever justice, freedom, truth and dignity are denied.

To receive a copy of Justice Denied, e-mail lspann@aiusa.org.
Posted by Confidential Reporter at 8:00 PM