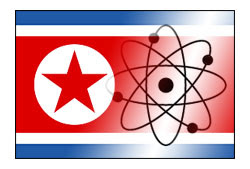 As many of our readers know, China Confidential was first to report that North Korea plans to detonate another nuclear device. We have since repeatedly said that the Stalinist/Kimist state could conduct its second nuclear test as early as July 4 in order to overshadow U.S. Independence Day.

In fact, North Korea could be aiming for a different U.S. holiday. Pyongyang could be moving to test a nuclear weapon this month. An underground explosion on or around Monday, May 25 is possible. The last Monday in May is Memorial Day and the unofficial start of the summer vacation season in the United States.

We were right, unfortunately.

In the meantime, Reuters reports:

North Korea rebuffed the latest overtures from the Obama administration by saying on Friday it was useless to talk to the United States whose "hostile policy" left it no choice but to bolster its nuclear deterrent.

Stephen Bosworth, the U.S. point man for North Korea policy, began a swing through Asia on Thursday to discuss how to rein in the prickly North after it raised regional security concerns by threatening last week to test a nuclear device.

The two countries have cooperated closely on nuclear and missile matters. When and if Iran crosses the nuclear Rubicon, North Koreans will surely be on hand to help, as we said here.

North Korea has bolstered its live artillery fire exercises and fighter jet training near the western sea border with South Korea since it declared an ``all-out confrontational posture'' against the South in January, a report said Friday.

"The North appears to have doubled its live-fire artillery training exercise near the North Korean western coastline from the same period a year earlier,'' a Marine official was quoted by Yonhap News agency as saying, adding that gun positions have frequently been seen.

Click here to continue reading.
Posted by Confidential Reporter at 12:01 AM