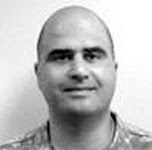 China Confidential sources in East Jerusalem say many residents of the predominantly Arab section are expressing strong support for the Muslim U.S. Army major who mowed down his fellow soldiers at the huge Fort Hood, Texas base and processing center for troops bound for Afghanistan and Iraq.

The word on the so-called Arab street is that Major Nidal Malik Hasan should be admired because he stood up for fellow Muslims overseas, against U.S. "aggression," and that his anger, disappointment, and presumed sense of betrayal over U.S. President Barack Obama's failure to end the Afghan and Iraq conflicts is understandable, especially in light of Obama's own Muslim heritage.

In Hamas-ruled Gaza, sources say, the reaction is overwhelmingly in support of the shooter. He would clearly be given a hero's welcome there.
Posted by Confidential Reporter at 10:05 AM