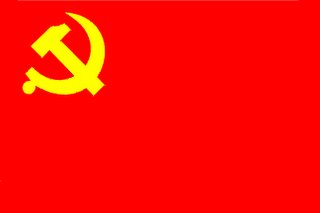 China's Internet cops are scanning the Web for signs of subversive activity--on the left.

From Marx to Mao, Communist keywords constitute potential red flags in the eyes of the hyper-sensitive e-police--thousands of trained analysts armed with the latest (American made) censor- and spy-ware. Unorthodox, repeated references to Lenin, say, or Lin Biao (Mao's Long March comrade-in-arms, who disappeared after a supposed coup attempt during the Cultural Revolution but nevertheless remains an inspiration to heretical overseas Maoists because of his theory of guerilla warfare) are as likely to attract attention as the taboo terms of democratic dissent and Tibet independence. But whereas the latter are automatic triggers for filtering and blocking by Beijing's Net guardians, irregular Internet use of the words of world communism invite snooping and monitoring.

Reason: Perhaps nothing frightens China's ruling Communist Party more, ironically, than the specter of serious leftwing opposition and rebellion. A regime that long ago abandoned its Marxist faith and for all practical purposes now bases its claim to legitimacy strictly on continued economic expansion and growth cannot entertain uncontrolled radical or activist tendencies in the name of The People. It's one thing to tolerate left-leaning party officials and intellectuals, as shown by unusually open debates over property law reform at the recently convened National People's Congress; another thing, entirely, to allow an underground movement to take root and flourish. A thing like that must be destroyed at the earliest signs of life.

China's leaders know that threats on the left, while still remote, are far from academic. The country's economic ascent has been meteoric, lifting some 300 million people out of poverty. But a widening gulf between rich and poor is creating conditions for rural and urban unrest. Left-behind farmers and city dwellers--a seething urban underclass growing in the belly of the boom--are increasingly restive and outspoken. People like this, China's rulers reason, could be tempted by the legacy and language of the left. Rising-up workers and farmers ... uniting and losing their proverbial chains ... unfurling red banners ... marching, storming ... advancing ... these nightmarish images, anchored in China's not-so-distant past, truly terrify the powers that be.

Which, along with more obvious and widely reported fears of democratic reform and freedom of the press, helps to explain why they deploy all those cops--more than 30,000 in all--to patrol and daily do battle in that most dangerous (for China) of all arenas--the commercially thriving but relentlessly troublesome and unruly Internet.

Posted by Confidential Reporter at 6:48 PM