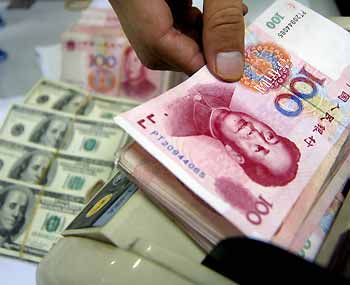 Forget human rights, Internet censorship, and the missile buildup opposite Taiwan for just a moment. The next big story coming out of China is going to be the "F" word--fraud.

It's common knowledge that many Chinese companies keep two sets of books. But many firms seeking to go public overseas--through initial public offerings, reverse mergers and other methods--are suspected of developing a third set of financial records for foreign regulators and investors.

Before going public, one company, according to a story currently making the rounds on Wall Street, stunned its overseas auditing firm by revealing that millions of dollars in cash reserves listed on the company's books were kept in, well, cash-- meaning physical currency. Pressed to document the asset, the company supposedly led a visiting accountant to a safe that contained the cash.

"We're going to see some serious scandals involving Chinese public companies," an American securities lawyer, who insisted on speaking anonymously, told China Confidential. "If American and European companies can succumb to temptation to post phantom profits and revenues, as they have in recent years, imagine what we're going to see coming out of China."

Rumors also abound of shady promoters, brokers, and even lawyers dumping shares in pumped-up "China play" penny stock companies through offshore nominees far from the reach of regulators in the United States, where the stocks trade.

But low-end shenanigans and sleaze seem insignificant when compared against bank fraud. China Confidential has learned that many well-placed Communist Party officials, their wired, ambitious offspring and other wheeler-dealer types have been benefiting handsomely from the booming bank bill business. Bank bills--noted issued by lenders promising to pay the bearer on demand--are used to pay for goods and services.

In both cases--bank bills and property loans--getting the money is typically a question of having the right connections. Fraud is commonplace.

China's total bad loans are estimated at around $900 billion--the most in the world--exceeding the country's foreign reserves of $875 billion.

Big bailouts are expected; and the combination of huge foreign reserves and bad loans could constitute a hidden reason for China's reluctance to let its managed currency, the yuan, rise in value relative to the dollar. The US has been pressuring China to widen the band within which the yuan is allowed to trade on the grounds that an artificially low currency gives Chinese export products an unfair competitive edge by keeping them inexpensive.

Beijing has vowed to resist pressure for radical currency reform. Instead of speeding things up, it insists on a gradual, go-slow approach.

A Hong Kong-based analyst thinks he knows the reason why. "It's not just the obvious fact that exports are the engine driving China's economic expansion," he says. "There is more to it. When you consider the huge foreign exchange reserves and the even bigger mountain of bad loans that will somehow have to be accounted for, it could be asking too much of China to engineer an appreciation of the yuan against all those dollars it is holding."

Posted by Confidential Reporter at 11:30 AM