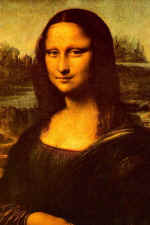 Here is a film that we can confidently predict will neither be made nor legitimately distributed in China, assuming it ever gets off the ground.

China Confidential has learned that a veteran Hollywood producer has been shopping a screenplay for a big-budget feature film about an international conspiracy to dominate the world--through China.

The script reportedly represents an attempt to capitalize on two "hot" topics--China and The Da Vinci Code--according to sources in the film business. But the overwhelmingly negative reactions of critics and industry insiders to the film version of Dan Brown's phenomenally successful Da Vinci Code novel--the picture was panned following its screening at the Cannes film festival--could hurt the project's chances for attracting studio financing and distribution.

On the other hand, nothing succeeds like success in the film business; and as of this writing, The Da Vinci Code, which cost a whopping $125 million to make, was set for one of the biggest box-office openings in motion picture history.

The story line of the proposed China thriller revolves around a staged, so-called synarchist plot to take over the world economy by first internationalizing and then destroying it in order to rebuild it to the liking of the conspirators, a disparate but somehow connected crew of bankers, billionaires, and political personalities. China is key to the fictional conspiracy because it is the only agent of change with the potential to, well, change the world.

Not too surprisingly, one of the characters in the screenplay is a former US Secretary of State with close ties to the powers- that-be in Beijing. He is also the mentor of the hero of the story--an Ivy League political science professor and China expert who bears a striking resemblance to real-life movie star, human rights activist and Tibet freedom advocate Richard Gere. According to the screenplay, we are told, the professor stumbles across the conspiracy and the crucial role that his intellectual idol plays in it in the course of ... you guessed it ... blogging ... about China!

The scenario's Da Vinci angle is as convoluted as the imagined conspiracy. Supposedly drawing on arguments set forth in The Sion Revelation--an intriguing nonfiction book by Lynn Picknett and Clive Prince about the esoteric theories that inspired the number-one bestselling novel--the China-focused film story reveals that the organization behind those theories was not an age-old religious order pledged to protect the shocking secret of a sacred Jesus bloodline, but a modern-day group of authoritarian one-worlders, known as synarchists, whose major achievement, apart from engineering the global economy, has been the phased formation of a "United States of Europe," more commonly known as the European Union.

Turns out, they concocted the whole sacred bloodline story as a cover for their real conspiracy; but the ancient order of assassins tale took on a life of its own with a series of obscure nonfiction books and articles that were briefly popular. Instead of dying out, as the synarchists had intended, their clever Da Vinci/Jesus hoax--the artist-inventor was whispered to be one of the grand masters of the ancient religious order---was unexpectedly reincarnated in novel form. And the rest, as they say, is history.

Or is it? The plot thickens, as it inevitably does in such matters. We were about to close this Sunday supplement-style piece--a welcome respite from writing about rising China's threat to the global environment, Taiwan, and attempts to lock up overseas oil supplies, among other far less filmic subjects--by noting that while a whacky conspiracy sript is making the rounds in Hollywood, a film based on a real masterpiece of fact-based fictional writing about China, the 1934 novel Man's Fate, has yet to be made following many attempts and several false starts. But ... then we remembered something about Andre Malraux, the late, great author of that classic, and asked ourselves: Could this, too, be a clue ... to everything? So it seems! Malraux's name tantalizingly surfaces over and again in ... The Sion Revelation ... as a possible ... but perhaps probable ... synarchist. Or fellow traveler of synarchists. Or synarchist sympathizer. Or someone who was born in France.

The point is, at long last, everything is finally coming into focus, including, perhaps, the hidden reason this blog is pseudonymously published and edited by someone whose blogger profile mysteriously lists ... Man's Fate ... of all the novels and nonfiction works in the world ... as one of only two favorite books.

Posted by Confidential Reporter at 7:46 AM