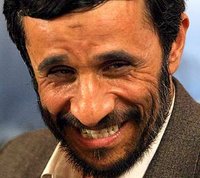 Senior Chinese officials and intellectuals specializing in the Middle East believe Iran is trying to suck Syria into Tehran's proxy war with Israel.

The Iranians, according to the Chinese, see a no-lose opportunity. On the one hand, Iranian ally Syria could surprise Israel and recover the Golan Heights, which the Jewish State captured during the Six-Day War of June 1967. On the other hand, should Syria suffer a humiliating defeat at the hands of Israel's superior military forces, the secular Baathist regime in Damascus would almost certainly be toppled by the Islamist Muslim Brotherhood. Either way, Iranian influence in the region would increase, even though the non-Arab Iranians are Shiites and the Syrian Islamists are Sunnis.

That's how Iran sees the situation, according to the Chinese experts, including: Leu Yazhou, the People's Liberation Army Air Force Lieutenant General and Deputy Political Commissar, who is considered an architect of China's alliance with Iran; Wu Guanzheng, a leading pro-Arab member of the Standing Committee of the Political Bureau of the ruling Communist Party's Central Committee and secretary of the party's Central Commission for Discipline Inspection, the government body charged with rooting out corruption among party cadres, who has a relationship with Syrian President Bashar al-Assad; Zhang Xiaodong, a researcher with the Institute of West Asian and African Studies of the Chinese Academy of Social Sciences (CASS); and Shen Jiru, a researcher with the CASS Institute of World Economics and Politics.

Israeli analysts, meanwhile, would like to know everything China knows about Iran's intentions and capabilities. Some Israelis are concerned that Iran's mad dog President Mahmoud Ahmadinejad may have more bite than previously assumed to back up his rabid, anti-Jewish, anti-American barking. Hardly a day goes by without the Iranian leader threatening to wipe Israel off the map or questioning the reality of the Holocaust. His bizarre, neo-Nazi-like letter to Germany's pro-Israel president is especially ominous in Israeli eyes.

Also ominous: a speech by Iranian Parliament Speaker Gholam-Ali Haddad 'Adel, which aired on the Iranian News Channel on July 18. Referring to Israel as "an artificial, false, and fictitious state," the Iranian said: "The confrontation (with Hezbollah) is not only in Lebanon, but deep inside occupied Palestine."

" No place in Israel will be safe," he warned. "The Palestinian refugees should return to the land of their forefathers, and you, who came to Palestine from other countries, should return to your homes too....

"Today is the day of the liberation of Palestine, and the day of resistance....

"The war has just begun."

Oil-rich Iran is engaged in a standoff with the West over Tehran's nuclear development program. It's still a distinctly minority view, but some Israelis fear that Iran could be just one or two months away from assembling a nuclear weapon.

Posted by Confidential Reporter at 12:36 AM