Early Warning: The French Were Right 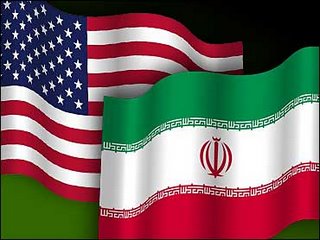 We now know why Paris was buzzing ahead of the visit to Washington by former Iranian President Mohammed Khatami, as China Confidential reported on September 10. Turns out, the French rumors were accurate.

After months of tough talk about deadlines and sanctions--and hints of possible military force should the need arise--the United States has indeed softened its stance toward Iran. Sensing a shift in Tehran's position on the nuclear development dispute, the United States is ready to participate in a new round of negotiations with the Islamist nation, provided it halts its uranium enrichment activities in a verifiable way.

And US Secretary of State Condoleezza Rice is ready to join the talks, which would actually aim for a broad improvement in US-Iran relations. (Rice reportedly has her eyes set on a Nobel Peace Prize.)

One concession on the part of Washington: a willingness to allow Tehran to pursue peaceful nuclear development, possibly by allowing Russia and China to enrich uranium for their Islamist ally.

Sources say the US policy shift--which could still be reversed should Iran refuse to freeze uranium enrichment--reflects a change in US thinking about Iran's increasingly important role in the Middle East. Following its proxy war with Israel in Lebanon, during which America's ally failed to defeat Iranian-backed Hezbollah guerrillas, the Islamist non-Arab nation has become a regional superpower. Its influence is clearly felt in Iraq, where Shiite militias and death squads are making a mockery of US efforts to transform the Middle East by establishing a democracy. Thus, Washington may actually by looking to Iran to play a moderating role.

If that turns out to be the new direction of US policy, we can comfortably make a few predictions as follows:

1. Israel will be extremely concerned and disappointed. Jerusalem is convinced that Iran's Holocaust-denying president, Mahmoud Ahmadinejad, is an implacable enemy bent on destroying the Jewish State. The Israeli government believes Iran is quite close to developing a nuclear bomb; some Israelis suspect Tehran may already possess atomic warheads to match its missiles.

2. America's influential neoconservatives and many, if not most, of the country's conservatives will also feel let down; they will interpret US diplomacy as appeasement, a "peace for our time" disaster reminiscent of the runup to World War II.

3. China's international influence and prestige will be greatly enhanced. Beijing's most important relationship in the (loosely defined) Middle East and Muslim world is with oil-rich Iran. China will persuade Russia to let Iran join the Shanghai Cooperation Organization, a tool of Chinese "energy diplomacy" that seeks to counter US influence in Central Asia.

4. US diplomacy will fuel Saudi/Sunnni fears of Shiite encirclement. Iraq will mainly be considered part of the Iranian sphere.

5. There will be no more talk on the part of US officials of a war with "Islamic fascism," or Islamism, or Radical Islam. A rapprochement with Islamist Iran rules that out. Washington will revert to the "War on Terror" term--that is, until and unless the Democrats come to power, at which point, the rhetoric is likely to be further tuned down to a demilitarized, defensive, law enforcement-style "struggle" against terrorism.

Posted by Confidential Reporter at 12:11 PM