Opinion: Appeasement or War May be Only Options 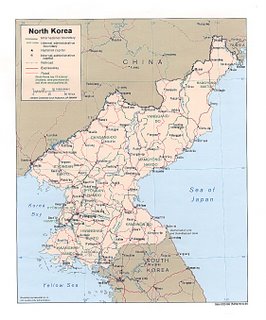 Realistically speaking, there may be only two solutions to the North Korean crisis: appeasement or war.

In theory, the case for appeasement is not without merit. In contrast with Islamist Iran, which sees itself as the vanguard of a global movement for revolutionary change, the ambitions of Stalinist North Korea are probably limited to reunifying the Korean peninsula. One could argue that the reclusive regime of Dear Leader Kim Jong-il would be satisfied with economic aid, recognition and security guarantees and, ultimately, if need be, the sacrifice of South Korea.

The problem with this thinking is that Pyongyang is a proven proliferator of nuclear and missile technologies and clearly committed to an economic system that is inherently incapable of producing wealth for its citizens and competing in the modern world. It is therefore just a matter of time before North Korea sells a nuclear weapon to another rogue state or a terrorist group such as Al Qaeda. If allowed to continue adding to its nuclear arsenal--and one must assume that it will violate any agreement it signs and never submit to verification of nuclear disarmament--North Korea could also resort to nuclear terror to extract economic assistance and other concessions from Japan. (As of this writing, the regime has threatened Japan with "strong countermeasures" if it formally approves additional sanctions on Friday, including banning imports from North Korea and blocking North Korean ships from entering Japanese ports.)

Additionally, there is no precedent for permitting a mentally ill state to possess nuclear weapons. It would be incredibly irresponsible--in fact, suicidal--to let this happen.

Which brings us to the war option--more specifically, surprise attacks aimed at swiftly destroying and defeating the enemy using any and all necessary means and weapons available to the US military. Though it may seem extreme, the use of sudden, devastating force may be the only acceptable alternative. Kim and his cohorts are not likely to go quietly into the night. Retirement and exile are out of the question; rather than submit to strangulation by sanctions and a blockade, the regime can be expected to attack South Korea, where thousands of US troops are stationed, and fire missiles at Japan. Even if North Korea is not presently capable of putting a nuclear warhead on a missile, it can strike out with chemical and possibly also biological weapons; and analysts generally agree that the casualties of a new Korean conflict would surpass the numbers of dead and wounded in the Korean War.

Is preemptive war--crushing the enemy before it can attack South Korea and Japan--a realistic option for the US? It should be--better be--an option. If not, what was the point of spending hundreds of billions of dollars a year on the Pentagon?
Posted by Confidential Reporter at 4:00 AM