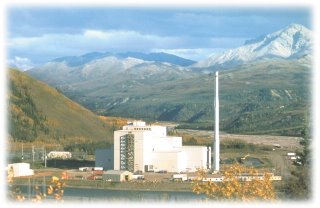 The United States Commerce Department will send a delegation to China and India to market technologies that reduce greenhouse gas emissions. The Clean Energy Technologies Trade Mission" will head to Asia in April and involve a broad range of technologies such as biofuels (biodiesel and ethanol), energy efficiency and so-called clean coal.

The mission aims to match participating US companies with opportunities in these fast-growing markets, where US clean technology goods and services could help improve the environment.

China, by 2020, plans to spend nearly $200 billion to increase renewable energy use to 15 percent of total supply as well as reduce the energy that its buildings consume by 65 percent, the department said.

Along with biofuels and other forms of renewable energy, such as solar power, clean coal is an area of special interest in booming China. The country is home to the world's largest--and deadliest--coal industry. It presently produces 35 percent of the world's coal and 80 percent of coal related deaths--more than 6,000 fatalities per year.

Most coal accidents occur from methane gas explosions in the mines due to poor detection systems and poor gas drainage. Chinese mining efficiency per mine worker is about two percent of what it is in the US.

A persistent problem has been widespread use of what is known as off-spec, non-compliance coal, which results in SO2 emissions and other combustion byproducts that contribute to global warming, acid rain and other environmental and health problems. One solution that is said to be attracting considerable attention is coal blending. Europe is the leader in that field.
Posted by Confidential Reporter at 5:33 AM