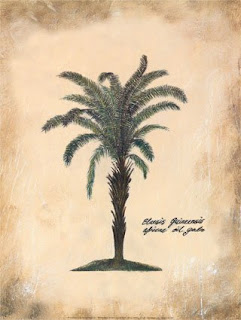 Energy-starved China is expanding its African oil safari to include oil from plants--the kind that can be used as feedstock for biodiesel production.

Across the continent, representatives of China's state-owned energy companies are exploring the feasibility and cost of leasing or buying large tracts of land for growing palm oil trees and also non-edible, higher-yield jatropha. The latter is actually native to the American tropics but has spread throughout most of the tropical and subtropical regions of the world because of its hardiness, rapid growth and easy propagation, and wide-ranging usefulness.

Over half the land in Africa is considered suitable for jatropha cultivation. The crop, which may have the highest energy payback of any biofuel, is a perennial, and thus capable of yielding oil seed for decades after planting. Jatropha can grow without irrigation in arid conditions. 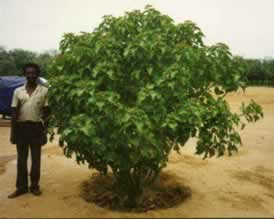 Some experts estimate that if 25 percent of Africa's land deemed suitable to grow jatropha were used for that purpose, the yearly output would match current total oil consumption in the United States--and put an end to African porverty, while also slowing, if not reversing, desertification by storing moisture and stablizing soil.

The crop's biodiesel potential is attracting attention. China Confidential has learned that Israeli investors are looking into starting Jatropha plantations in Ghana and have appealed to local tribal chiefs to release large parcels of land for their venture, which could supply biodiesel producers in the Jewish state.

Meanwhile, the worldwide market for palm oil-based biodiesel is booming, as the industry takes off in the United States, and demand skyrockets in Europe. Canola and soybean crops alone can't supply countries comprising the European Union, which wants biofuels to make up 5.75 percent of transport fuel by 2010 and 10 percent by 2020.

The palm oil tree originated in West Africa and spread to Central Africa. After the slave trade was outlawed, palm oil became a highly sought-after commodity by British merchants and traders. The oil was used as industrial lubricant for the machines of Britain's Industrial Revolution, and also formed the basis for several brands of soap, such as Palmolive.

The palm tree was transplanted at the beginning of the 20th century in South Asia. In 1920, the first industrial plantations were implemented on the island of Sumatra, in Indonesia, which was then a Dutch colony. Today, Indonesia is the world's second largest palm oil producer after Malaysia, which accounts for nearly half the global output. Both countries are expanding production as a result of the international biodiesel boom. 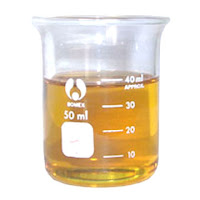 China, the world's second largest oil importer after the US, is showing significant interest in biodiesel as an alternative fuel. China has become the fourth largest--and the fastest growing--motor vehicle market. Under pressure from its own citizens and the international community to seriously address the worsening air polution problem, the government recently set a goal that that by the year 2020, 20 percent of Chinese energy is to be derived from renewable resources. Hence, the interest in securing supplies of feedstock.

Togo and the Congo are two countries of focus. In competing for commodities and land, Beijing's energy behemoths, which answer to the Chinese government (controlled by the Communist Party) and not to stockholders, have important competitive advantages over their European and US rivals. Chinese firms can offer African leaders an array of incentives--from presidential palaces and sports stadiums to guns and cash gifts--to achieve company aims and advance the national interest.

Much of biodiesel's appeal stems from the fuel's ability to perform as well as--or even better than--petroleum diesel while emitting fewer exhaust materials that cause smog, particulate pollution and global warming.

Biodiesel is created in a relatively simple process known as transesterification. Producers start with clean or waste vegetable oil, then add methanol and a catalyst, such as sodium hydroxide or methyl hydroxide. A chemical reaction produces biodiesel and glycerine, which can be separated and used in soap and further refined and used in food, cosmetics, toothpaste, and other products.
Posted by Confidential Reporter at 5:32 AM