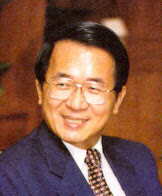 The provocative pro-independence speech by Taiwan's unpopular president is more than a political stunt. Chen Shui-bian believes that Beijing plans to attack Taiwan and that time is working against it.

Addressing a dinner to mark the 25th anniversary of the Formosan Association for Public Affairs, a United States-based pro-independence group formed by overseas Taiwanese, Chen said the self-ruled island should apply for membership of the United Nations under the name Taiwan, write a new constitution and develop its economy and democracy in keeping with its (de facto) independent status.

China reacted sharply to the speech. Invoking the anti-secession law that authorizes use of force against Taiwan if it moves toward declaring formal indeppendence--or if peaceful reunification efforts prove fruitless--Chinese Foreign Minister Li Zhaoxing on Monday said Chen would become a "criminal in history" if he continues to promote formal independence for Taiwan.

The law is "not something useless that can be just put aside," Li told reporters.

The flare-up comes amid heightened concerns over China's increased defense spending and lack of transparency in military affairs.

The US, which is depending on China, diplomatically, for help and cooperation regarding North Korea, Iran, and Sudan, is in no mood for cross-Strait tensions. The US Taiwan Relations Act obligates Washington to assist in Taiwan's defense by providing it with weapons; but there is no clear-cut obligation for military intervention.

Nor is there any significant support in the US for seriously entertaining such a scenario, given the debacle in Iraq, setbacks in Afghanistan, the standoff with nuclearizing Iran--and the dangerously interdependent economic relationship with rising China.
Posted by Confidential Reporter at 9:38 AM