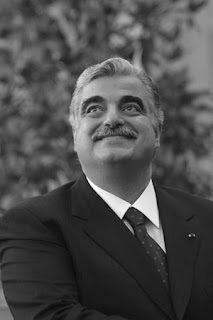 Yesterday's United Nations Security Council vote to establish a tribunal for suspects in the killing of former Lebanese Prime Minister Rafik Hariri is likely to speed up the Middle East war dynamic.

The prime assassination suspect, Syria, will respond to the UN move by stepping up support for Palestinian Islamists battling the Lebanese army and for Iranian-backed Hezbollah, which (a) aims to control Lebanon, and (b) is preparing for war with Israel. With Syrian help, Iran has rearmed its Shiite proxy; and the stage is set for a new round of rocket assaults against the Jewish state.

Hezbollah has tens of thousands rockets ready to go, while, in the south, Syrian-Iranian Palestinian ally, Hamas, has also achieved unprecedented levels of armament and is actively preparing for full-blown war.

Contrary to Israeli and American expectations, Syria will not sit out the conflict; rather, it will seize the opportunity to divert attention from its role in the Hariri killing--which was personally approved by Syria's dictator, Bashar Assad--by making every effort possible to defeat Israel and erase the stain of perceived humiliation dating 40 years to the Six-Day War of June 1967, which resulted in Syria's loss of the strategic Golan Heights to Israel.

Assad's father, Hafez, tried and failed to liberate Golan in the Yom Kippur War of October 1973, although he did succeed in regaining some lost territory in susbequent, American-sponsored peace talks. His son, who has been in power since 2000, feels conditions are ripe for victory. Threatened by a rising Islamist movement (which his father managed to crush), the present despot of Damascus has decided to roll the dice with Tehran's turbaned tyrants. The Baathist buzz in the Syrian capital is that the once-ridiculed Bashar could ironically emerge as the Arab world's next hero in its decades-old struggle against the "Zionist entity."

Ahead of all-out war, Assad will escalate tensions by stirring the terrorist pot in Lebanon--and on Israel's borders. 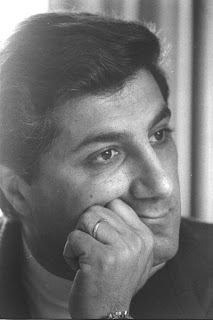 Hariri's assassination was the latest in a long line of Syrian-sponsored political killings in Lebanon. The billionaire politician and 22 others were killed in a massive car bomb in the capital, Beirut, on 14 February 2005.

An interim UN investigation found Hariri's killing was "probably" politically motivated and has implicated Syria, which has naturally denied any involvement in his death.

The killing recalled Syria's Soviet-supported assassination of Lebanese president-elect Bachir Gemayel in September 1982. The charismatic, beloved Maronite Christian leader--who was the son of the Phalangist party founder and leader Pierre Gemayel--was murdered nine days before he was due to take office, along with 25 others, in an explosion at party headquarters in the Maronite stronghold of Achrafieh.

Five years ealrier, in March of 1977, Lebanon's Druze leader, Kamal Jumblat, was assassinated by the pro-Syrian faction of the Lebanese Syrian Socialist Nationalist Party. Syrian intelligence officers collaborated in the killing. Jumblat was shot and killed in his car by four gunmen a few meters from a Syrian check point.

Jumblat's son, Walid, who has succeeded his father as Druze leader, has also been threatened by Syria. An unsuccessful attempt on the life of a political ally was widely regarded as a Syrian signal.
Posted by Confidential Reporter at 8:28 AM