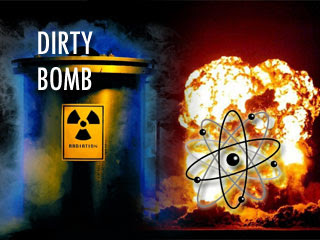 Media reports that North Korea may have supplied Syria with nuclear materials for deployment on Syrian missiles with so-called airburst capabilities are worrisome for American and Israeli defense planners.

A radiological dirty bomb exploding over an Israeli city could be devastating for the tiny Jewish State.

Analysts focused on possible sea-launched threats to US coastal cities--the firing of missiles from specially made systems aboard civilian cargo ships--are also deeply concerned. North Korean nuclear materials and airburst technology and know-how in Syrian hands could end up in a terrorist organization's arsenal via Iran's terrorist-sponsoring Revolutionary Guard.

North Korea, as China Confidential has reported, has assisted Iran in developing and testing a sea-launched (Scud-in-a-bucket) missile firing system, against which there is no known defense.
Posted by Confidential Reporter at 1:13 PM