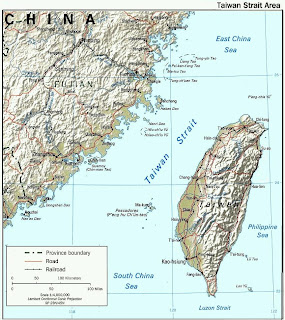 More important, the Chinese military is not happy. Senior People's Liberation Army officers are urging military action if Taiwan holds a referendum on applying for United Nations membership under the name Taiwan rather than its legal--and clearly outdated--name, Republic of China.

China regards Taiwan as a renegade province. An "Anti-Secession Law" authorizes use of force to prevent the self-ruled island from moving toward formal independence. Merely voting for UN membership could trigger a Chinese invasion.

The PLA, which really rules rising China, in the opinion of this reporter, is ready, willing and able to risk international criticism, even a degree of political isolation and a boycott of the 2008 Beijing Summer Olympic Games, to take back Taiwan.

In fact, ultra-nationalistic PLA factions--the folks behind the anti-satellite tests--are actually itching for a fight with the thriving democracy, whose very existence, in their view, dangerously undermines the legitimacy of the Chinese Communist Party. Seriously concerned that China can't sustain its meteoric economic growth and is bound for disaster, deathly afraid of massive rural and urban uprisings (contrary to the rosy forecasts by foreign bankers, the specter of rebellion haunts the regime) the men in uniform and their civilian stooges are increasingly inclined to use Taiwan as a unifying issue--Olympics be damned.

The politics of survival transcends the foreign policy of prestige.
Posted by Confidential Reporter at 8:20 PM