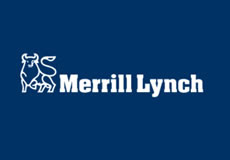 Merrill Lynch expects demand for agricultural commodities to grow in the long term, thanks in part to legislation. EU directives adopted in 2003 aim to derive 5.75 percent of total transport fuel consumption from biofuels by 2010 and up to 20 percent by 2020. The US Renewable Fuel Standard Program requires that at least 7.5 billion gallons of renewable fuel be blended into vehicle fuel by 2012. Slow progress in finding more efficient ways to produce biofuels means that the demand will have to be met by a massive expansion in supply, increasing competition for cropland, labour and water. This could drive up the price of biofuels related crops as well as other crops such as wheat, rice and coffee.
Posted by Confidential Reporter at 11:51 PM