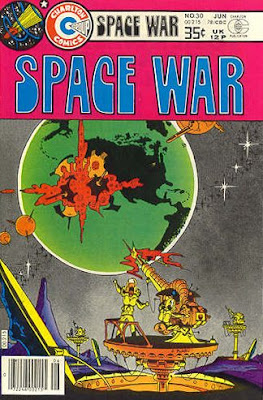 Resurgent Russia has lashed out at the United States; but the combative comments by Moscow's military space commander, which appeared in print today, seem to have been aimed at Beijing as well as Washington.

"We need to have strong rules about space, to avoid its militarization, and if any country will place a weapon in space, then our response will be the same," Space Forces Commander Colonel-General Vladimir Popovkin told the newspaper Trud. He added that as no country had the right to declare itself the master of space, strike forces shouldn't be deployed there.

Relations between Russia and the US are at a post-Cold War low. NATO expansion to Russia's borders is the main issue; but tensions are also being raised over US plans to restart the stalled "Star Wars" program from the 1980s with a new generation of missile defense shields.

Popovkin's specific reference to putting a weapon in space signals mounting concern about China. In addition to test-firing a missile to destroy one of its own ageing satellites earlier this year and reportedly experimenting with ground-based lasers to temporarily blind US satellites, the Chinese military is actively pursuing an astonishing array of futuristic, space-based technologies under its "Assassin's Mace" (Shashoujian) space warfare program. Orbiting ICBMs capable of striking targets on earth at any time are believed to be a prime area of research, along with high-energy laser guns that theoretically could be deployed on earth or in space.

In Chinese society, shashoujian commonly cannotes an action or quality that offers strategic advantage when employed in a particular way. In Chinese military vernacular, however, the term is used to describe a secret weapon or weapon system--or war-fighting method, or strategem, or tactic--capable of achieving political, psychological and military victory through a single, decisive blow.
Posted by Confidential Reporter at 5:02 PM