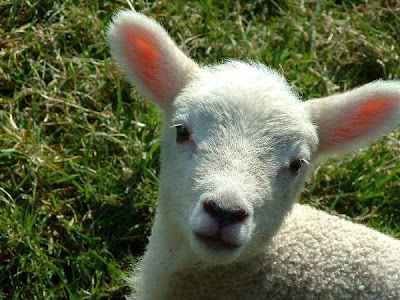 From the factory farm to the fuel factory....

As much as the world needs renewable energy, there is something awfully disgusting about this story.

New Zealand may soon be processing its huge excess of lamb fat into biodiesel.

The country currently produces 140,000 tons of animal fat each year from meatworks.

UK biodiesel producer Argent Energy is investigating, with oil giants Shell and Chevron, a plant to process 75,000 tons of the lamb chop trimmings to produce 85 million litres of biodiesel a year.

The technology is proven in Australia. Sheep fat from the Dubbo meatworks is currently being turned into biodiesel for heavy vehicles.

The project is similar to one cooked up in the United States by Tyson Foods and ConocoPhillips. The two companies have formed an alliance to produce and market so-called renewable diesel, a (federally subsidized) alternative to pure petroleum-based diesel and true biodiesel. The faux green concoction will be made by hydrogenating a mixture of pork, poultry, and beef fat with petroleum in a proprietary process that leverages the vertically integrated oil company's oil reserves, refining capacity and know-how and distribution and transportation assets.

The product, which will be shipped and distributed through existing pipelines from ConocoPhillips refineries, will burn cleaner than conventional diesel.

ConocoPhillips is also teaming up with Archer Daniels Midland--America's biggest ethanol producer--to develop a biomass, or biocrude, left over from crops, wood or switchgrass.
Posted by Confidential Reporter at 9:06 PM