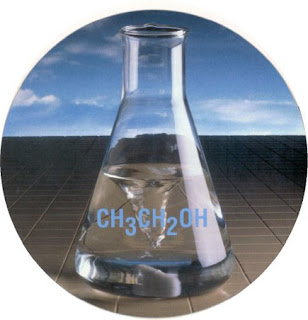 When it comes to biofuels--especially corn-based ethanol--the jury is in. What is supposed to be a universally accepted human right--namely, the right to adequate food for the world's 854 million hungry people--is being threatened by the mad conversion of wheat, sugar, soy--and corn--into fuel instead of food.

"It is a crime against humanity to convert agricultural productive soil into soil which produces food stuff that will be burned into biofuel," Jean Ziegler, the UN special rapporteur on the Right to Food, recently told reporters.

"I am gravely concerned that biofuels will bring hunger in their wake," he said, branding the "sudden, ill-conceived dash to convert food" into fuels "is a recipe for disaster."

In a 23-page report to the UN General Assembly, Ziegler called on the 192 member states to establish a five-year moratorium on all initiatives to develop biofuels through conversion of food.

"This should provide time for an assessment of the potential impact on the right to food, as well as on other social, environmental and human rights, and should ensure that biofuels do not produce hunger," he said.

Ziegler asserted that member states should ensure that biofuels are produced from non-food plants, agricultural wastes and crop residues, rather than food crops, in order to avert massive rises in the prices of food, water and land.

According to UN figures, the number of people suffering from hunger has been rising every year since 1996, and is now 854 million.

Ziegler is right--and not alone in his criticism. Peter Brabeck-Letmathe, the CEO of Nestlé, the world's biggest food and beverage company, has condemned the push for increased biofuel production as "ecological insanity." Zeroing in on ethanol, he recently told a German magazine that since one liter of the agro-fuel requires the use of 4,560 liters of water, ethanol is a "waste of our most precious resource--water."

The Nestle CEO said: "Biofuels cause an increase of prices for basic food items. Automobile drivers in the rich industrial nations are being subsidized at the expense of the poorest among the world population."

Tragically, however, the warnings of these experts have for the most part fallen on deaf ears in the industrialized world--especially in the United States, which, incredibly, is embracing ethanol without fully examining the health and economic consequences.

US ethanol proponents have been successful in aggressively promoting the dangerous myth that ethanol (and other biofuels) can lead the way toward energy independence while reducing carbon dioxide that causes global warming. Instead, as anyone who has taken time to study the issue now knows, rapid growth of the heavily subsidized ethanol industry will lead to higher food prices, overuse of water, water pollution and soil erosion.

Moreover, ethanol will not improve air quality. On the contrary; ethanol is likely to increase air pollution, particularly in smog-covered cities in California, i.e. in the Sacramento Valley, the San Joaquin Valley and Los Angeles. A Stanford University study found that ethanol poses the same or worse health risks than gasoline.

But the ethanol lobby, which wields considedrable influence over US lawmakers with campaign contributions, is having its way in Washington. Blind acceptance of biofuels is the order of the day. Every politician and Presidential candidate clearly feels compelled to toe the party line.

There is some consolation, however. It turns out that ethanol-fueled cars actually get poorer mileage than gasoline-powered cars, up to 25 percent worse. Given that a gallon of ethanol costs roughly the same as gasoline, it is possible that more and more drivers will have second thoughts about subsidizing a rise in food prices.
Posted by Confidential Reporter at 6:24 PM