China's decision to freeze domestic energy prices is being seen as an indication of the government's concern that inflation could lead to widespread public discontent. But experts say if the caps are retained for the long term, it could lead to new oil shortages in the country. Stephanie Ho reports from Beijing. 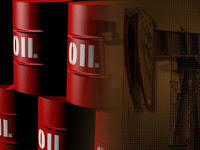 Inflation in China is the highest it has been in more than a decade. In the government's latest effort to ease public concerns, China's State Council has announced short-term price freezes on oil products, natural gas and electricity, as well as water charges and the cost of using public transportation.

Analysts see the move as a response to growing indications of public concern about inflation. Last week, the Chinese Academy of Social Sciences released a national survey that found more than 30 percent of respondents consider inflation China's top problem.

Tim Condon, head of Asia research for ING Financial Markets, says he thinks the measures are short term, and are aimed at maintaining prices until the Chinese Spring Festival holiday in early February.

"And once that's passed, I suspect that they [prices] will be assessed again, and perhaps lifted," he says.

Condon says if the controls are kept in place for the long term, the lower prices could actually encourage the Chinese to consume more oil, not less.

"And that could keep global oil prices higher, for longer," he says. "If this were to be put in place, become a permanent measure, for example."

Stephen Green, head of China research for Standard Chartered Bank, says a long-term price freeze could also bring a return of China's gasoline shortages of last year. If refiners have to sell the oil for less than they pay for it, Green says, they will simply stop importing it.

"That leads to gas shortages. So, if global oil remains about $100 a barrel, it's difficult to see what the government can do to encourage refiners to import more."

Green says he thinks China is in for widespread inflation, and he says concern about public discontent might lead the government to try to control meat and grain prices as well.
Posted by Confidential Reporter at 11:42 AM