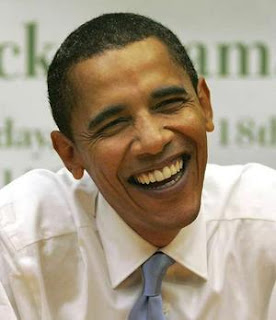 Barack Obama has again shown himself to be a brainy--but ignorant--jerk.

In an attempt to defend his determination to engage in summitry with Iranian President Mahmoud Ahmadinejad, the Democratic frontrunner foolishly compared himself to the late President John F. Kennedy, who met with Soviet Premier Nikita Khrushchev soon after taking office. Their meeting followed the failed Bay of Pigs Invasion in April 1961, which made Khrushchev all the more determined to display his apparent superiority over his rival superpower counterpart.

The summit, which was initially seen as a diplomatic triumph for Kennedy, proved to be a disaster for the young American leader.

He later claimed of Khrushchev, "He beat the hell out of me."

In fact, Khrushchev's perception of Kennedy as weak and inexperienced led to the Cuban Missile Crisis. The combination of a poorly prepared summit meeting and an eager but outmatched American President led the world to the brink of nuclear war. Fortunately for the world, the Soviet Union ultimately backed down during that crisis; that said, no sane person would seek a replay of that scenario with respect to nuclear-arming, apocalyptic, Islamist Iran.
Posted by Confidential Reporter at 9:04 PM