You go into some of these small towns in Pennsylvania, and like a lot of small towns in the Midwest, the jobs have been gone now for 25 years and nothing’s replaced them. And they fell through the Clinton administration, and the Bush administration, and each successive administration has said that somehow these communities are gonna regenerate and they have not. So it’s not surprising then that they get bitter, they cling to guns or religion or antipathy to people who aren’t like them or anti-immigrant sentiment or anti-trade sentiment as a way to explain their frustrations.

This Jew will cling to his guns and his religion if (G-d forbid) Barack Hussein Obama is elected President of the United States.

Having grown up in New York City, on Manhattan's Upper West Side, during the turbulent 1950s and '60s, this Jew--a lifelong Zionist and National Rifle Association member--saw his neighborhood--in fact, his entire city--practically destroyed by left-liberal policies and ideology.

This Jew recalls the night when knife- and pipe-wielding, Black Muslims surrounded the brownstone building that housed the clubhouse, or moadon, of his Zionist youth movement chapter, and remembers well that it was the group's (legally owned and stored) arsenal of rifles--and willingness to use them in self-defense--that prevented a massacre of young Jews. This Jew also recalls taking part in armed patrols, approved by the local sheriff, to deter white hoodlums from burning down the youth movement's summer camp in Liberty, NY.

This Jew recalls the urban murderers who gunned down Jewish store owners up and down Broadway. The candy store owner who sold this Jew comic books and chocolate eggcreams--shot dead in cold blood--what was his crime?

This Jew remembers the terrifying screams of the Holocaust survivor beaten to death by a mugger in the lobby of a West Side apartment building.

This Jew remembers his friend grabbing a shotgun during the Great Blackout to defend the business his father, a survivor of the Auschwitz death camp, had built up without capital or credit, by the sweat of his brow.

This Jew remembers the nightmare that was New York when law and order broke down and left-wing intellectuals leaped to the defense of killers and rapists.

This Jew remembers riding the subway to high school carrying mace spray and nunchaku sticks, and how one of his classmates defended himself against subway muggers with those sticks, while another classmate knocked an attacker out cold with the sticks--before the criminal could force his way into the young man's parents' apartment.

This Jew remembers when his elderly mother was almost attacked by a mugger in the middle of the day on Broadway near overly tolerant (of terror and violence) Columbia University, and how a tough, old-school, fruit-and-vegetable store owner rushed to her defense waving a baseball bat.

This Jew remembers New York before the massive Muslim influx ... when 30,000 people gathered in Central Park's Sheep Meadow to celebrate Israel's independence day an hour after 100,000 New Yorkers had cheered and watched the annual Salute to Israel Parade.

In short, this Jew has no illusions about Barack Hussein Obama and what his ascendancy to power will mean for Americans in general and American Jews in particular: utter disaster.

POSTSCRIPT: If Obama is elected President, these Jews will certainly cling to their guns and religion.... 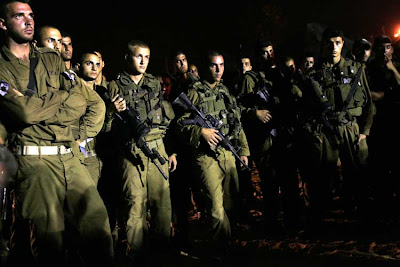 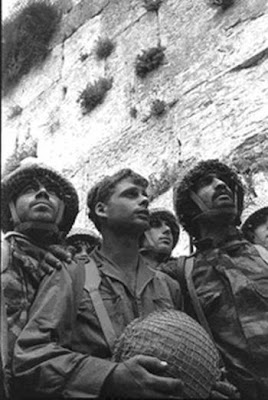 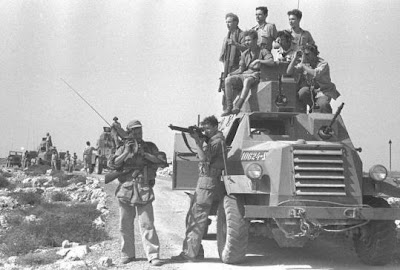 Clung to their guns and religion.
Posted by Confidential Reporter at 5:24 PM