China Cracks Down on Rights Activists 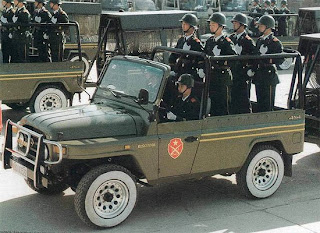 Chinese authorities have intensified the crackdown on human rights activists across the country in the lead-up to the 20th anniversary of the Tiananmen Square pro-democracy protests.

Amnesty International has documented at least 100 cases of activists who have been detained or faced violence from authorities. Several of these cases are related to the surveillance of activists ahead of the anniversary.

In the first four months of 2009, Amnesty International has documented at least four cases of lawyers who were threatened with violence by the authorities as they defended their clients, at least ten cases where lawyers were hindered from meeting or representing clients, and at least one case in which a lawyer has been detained for doing his work.

“If anything, the crackdown on human rights activists is escalating as we approach the 20th anniversary of the 1989 Beijing pro-democracy protests,” said Roseann Rife, Amnesty International’s Asia-Pacific deputy director. “Most worrying is the complete disregard for national laws and the obstructions thrown in front of lawyers trying to do their jobs.”

Activists across the country have been arbitrarily detained and have faced violence when defending land rights, housing rights, and labor rights. Signatories to Charter 08, a petition calling for legal and political reform, continue to face questioning across the country. Liu Shasha, a young woman signatory and an oil plant worker in Henan, was detained for four days for printing and disseminating the charter on the street.

Qi Zhiyong, who was left disabled by a gunshot injury during the 1989 Tiananmen crackdown, told reporters in a recent text message that he had been detained by the police. He has previously been threatened with arrest if he did not leave Beijing prior to the start of the Olympic Games. It’s believed Qi’s treatment and detention were associated with the 20th anniversary of the death of Hu Yaobang, a reformist leader. Hu’s death marked the beginning of the pro-democracy protests twenty years ago.

Beijing lawyers Cheng Hai and Zhou Peng were recently attacked by at least four individuals who claimed to be from a government agency charged with coordinating the offices of the police and courts. The lawyers were on the way to meet their client’s family when they were attacked.

On the same day, another two lawyers, Wu Jiangtao and Li Renbin, were also blocked from meeting the family of their client, Falun Gong detainee Wei Cheng, when they arrived at northern Changchun city in Jilin province. Police put Wei Cheng’s family and relatives under surveillance and threatened them with imprisonment if they hired a lawyer.

Activist Chen Yunfei, based in Chengdu city, Sichuan province was questioned for six hours, and warned not to try to organize activists during the June 4 anniversary. Police have had his living compound under surveillance since April 20, 2009.

“Authorities must stop this harassment of people trying to address legitimate human rights issues in China,” said Rife. “Issues like environmental rights, the right to participate, the right to a fair trial and rights of the person, which were all reaffirmed in the recently released National Human Rights Action Plan.”

Amnesty International is a Nobel Peace Prize-winning grassroots activist organization with more than 2.2 million supporters, activists and volunteers in more than 150 countries campaigning for human rights worldwide. The organization investigates and exposes abuses, educates and mobilizes the public, and works to protect people wherever justice, freedom, truth and dignity are denied.
Posted by Confidential Reporter at 6:49 PM